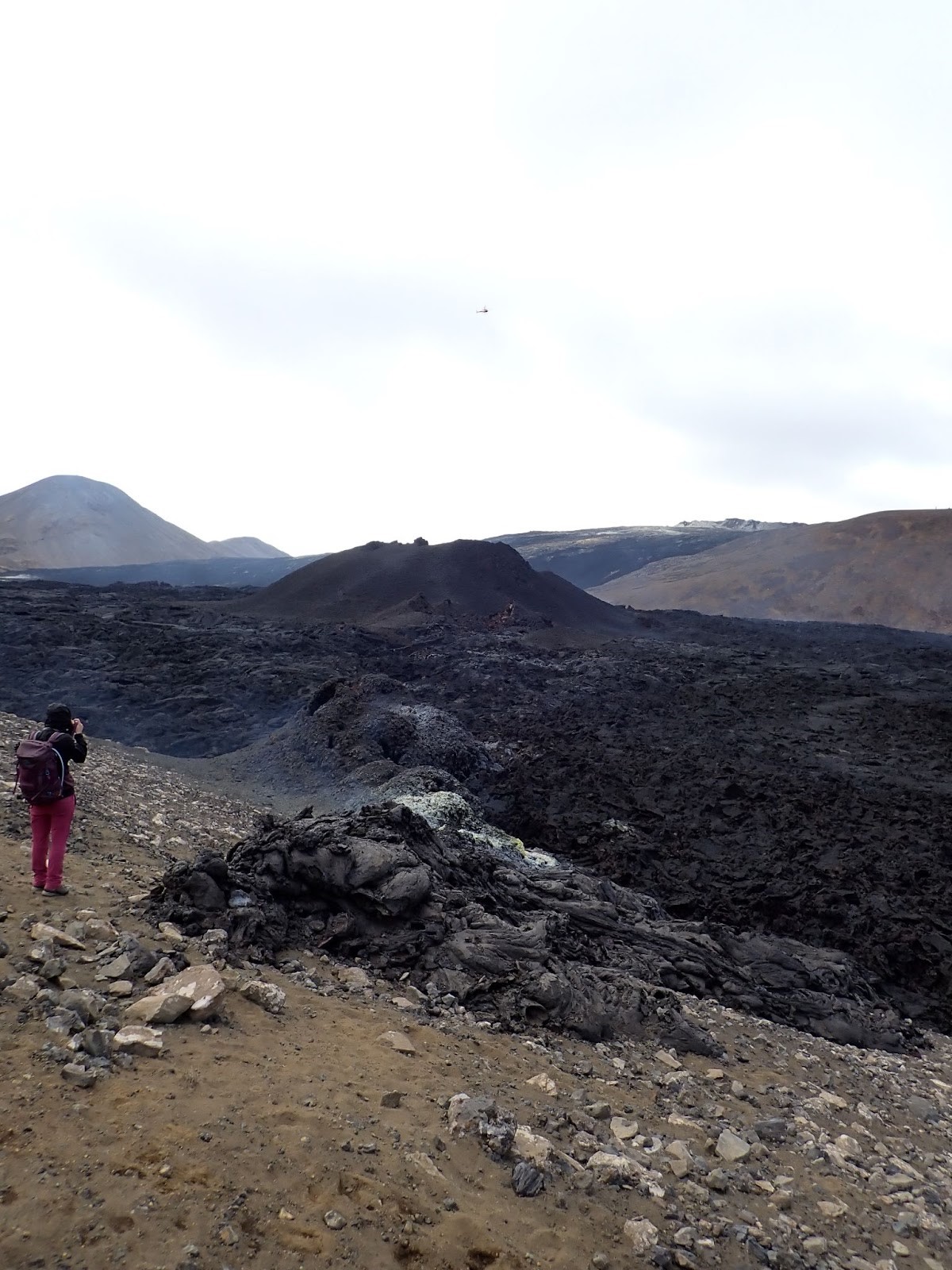 I went to Iceland this summer. You will tell me, it’s not very surprising for a volcanologist and her geologist partner. But we were actually planning to go to Norway which would not have been a boring destination.

We recently left the mountains and cliffs from southern France for the Baltic sea at Kiel, to work on… volcanic islands! Wait. What? Volcanoes in Germany? The few ones are so old that they don’t even look like volcanoes ! But when your main tool is a computer, then you don’t really need to live on a volcano. And it makes it even more exciting when you have the chance to visit one!

Yet living in Kiel we were looking forward to exploring Scandinavia: the fjords, the mountains, the sea, the northern lights… So what made us change our minds? Something that would have prevented anyone in their right mind from going to Iceland, and convinced two adventurous, nature-lovers and crazy rock-lovers… an eruption of course!

Two weeks before our departure, the news was showing the Reykjanes peninsula that was –again– on fire. I was joking about some colleagues doing fieldwork in Iceland that left just a few days before the onset of the eruption when we slowly realized that we could actually try to catch the eruption! It implied quite some organization in terms of logistics but it was possible. Our main concerns were the dog, who eventually ended spending his vacations with my parents and loved it, and the transportation to Iceland….

We are really involved in reducing our carbon footprint and not taking the plane for vacations is one of our mantras. But Iceland is a funking island! So either you take the plane or there is the possibility to spend 2 days on a ferry, which is not really a better solution in terms of carbon footprint. And obviously, sailing was not an option as we have never set foot on a ship before. So that was quite a dilemma for us: to take a probably once in a life-time opportunity to live a thrilling geological event to the detriment of our ecological commitment, or, going to Norway.

So we needed to make a decision not knowing if the eruption would last until our arrival. But we are not really good at making rapid decisions, analyzing the implications, weighing the pros and cons, double checking on the eruption and what we knew about such an event.  All it takes is one element that outshines all the rest and tilts the balance. This one thing that made our choice is my long-term passion for volcanoes that also rubbed off on my partner. And here we go! It felt so crazy and exciting to have this last minute change and bet on the eruption.

Excitement and yet a bit of disappointment. The eruption stopped four days prior to our arrival in Iceland. So unfair but quite predictable. We were still struggling with mingled feelings when we set foot on Iceland, until we first saw the extent of the volcanic field that erupted last year. TREMENDOUS. It was so huge, and dark, and chaotic, and steaming! That’s when we realized how lucky we were and convinced by our decision.

It even got better when we reached the youngest volcano on Earth. We could actually touch the lava that had just solidified – wouldn’t dare walk across it though, and warm up our hands above some fumerols. We were standing just where the ground opened and magma flew out the fissure on the surface. That. Was. Absolutely. Awesome. Especially for me, who’s trying to represent how magma travels through the crust on computers and in the lab!

The adventure had begun. The rest of Iceland awaited us: volcanic fields, waterfalls, glaciers, geothermal areas, all kinds of structural settings and… sheep!