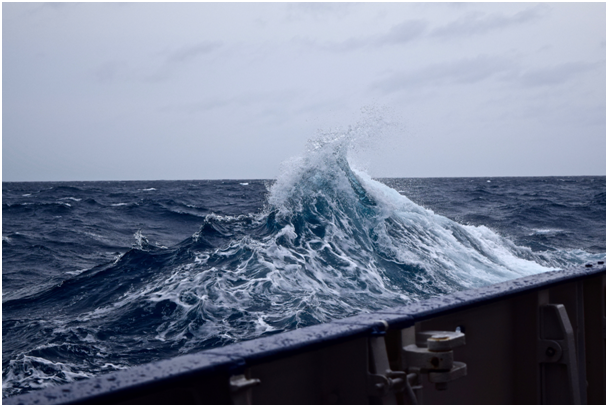 Since I can remember I always had a certain fascination with water. Playing with the water hose in summer and producing rainbows as well as enjoying the fresh and cool sensation while swimming in a lake or the ocean.
The pure experience of water as liquid, in rivers, lakes and the ocean, as crystalline in snow and ice and gaseous as water vapor in the atmosphere, which can form clouds, is astonishing enough to me. On one of my first airplane flights I watched the ice flowers grow on the outside of the plane window and asked myself ”Why do these flowers grow the way they do? What makes water so special?”. Many generations before me, humans always shared this fascination. In most religions water is considered as purifier for the soul and the body. Big civilizations flourished around big rivers and ports from the Egyptians who depended entirely on the Nil or the cradle of civilization in Mesopotamia, to the modern metropolises such as Tokyo, London or Buenos Aires. The accessibility via water is their secret. Also the access to clean drinking water is playing a major role.
Our existence is closely related to the mere coincidence that our planet earth has the right size (gravity) and distance to our star the sun (~8 million km) as well as the presence of water. Through gravity, the earth can hold an atmosphere where carbon dioxide and water vapor help to provide a relatively stable and accommodating surface temperature.
Water is the key resource of our life and without it we would not be here. From the smallest processes happening in the atmosphere; where water vapor condenses and forms clouds and leads to precipitation, to the big processes in the water cycle. Our environment  – the vast oceans, land and atmosphere – and life as we know it would not exist without water. The majority of the surface water on earth is seawater and found in the wide and salty oceans. These are the habitat of aquatic plants, algae and other organisms from the single cell phytoplankton to the huge marine mammals like whales. Whales can communicate over long distances due to the high speed of sound (~1500 m/s) and small attenuation at low frequencies. Sunlight only penetrates the first hundreds of meters and a variety of animals adapted to the conditions in the dark, cold and high pressure environment of the abyss.
Studying the physical, chemical and biological properties of the ocean beneath us is the goal of our work on sea. Getting a closer look onto the mechanisms that make our life on earth possible and affect the climate that we live in is the constant driver for us scientists to keep going and wondering about the things we don’t know yet. On this multicultural and multinational cruise that we are on right now, we can exchange knowledge and experience and learn from each other. But one can always keep in mind that water is a byproduct of star formation that most probably has been prevalent in the universe since its beginnings. Being on earth and experiencing the great South Atlantic Ocean on RV Meteor, for me, is being close to the beginnings of everything.