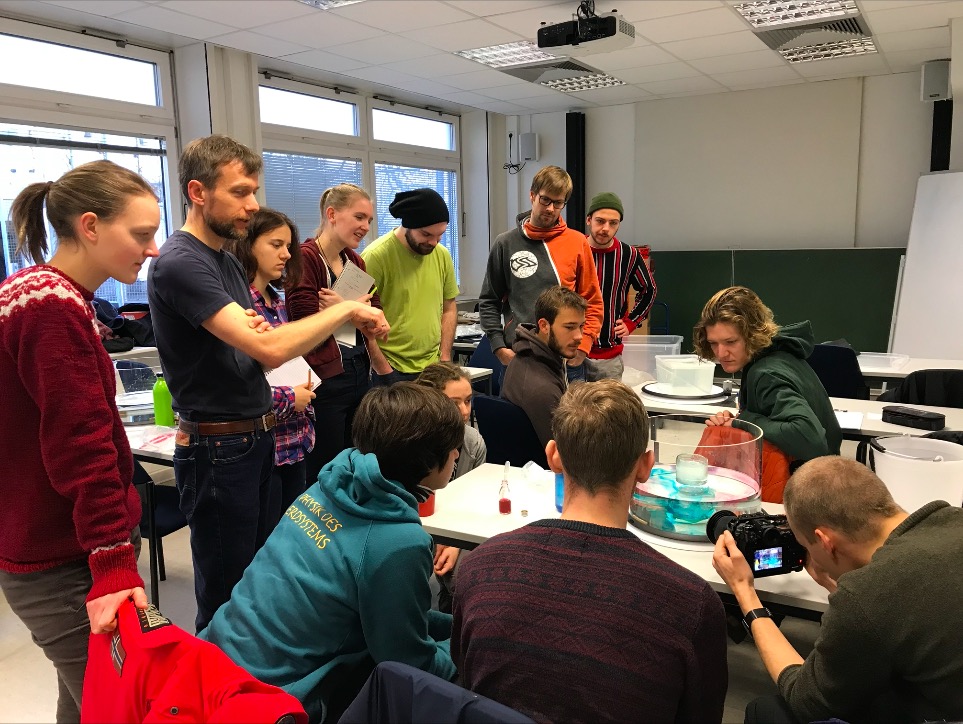 Yesterday we had four rotating in operation simultaneously, running three different experiments. It’s pretty awesome to be able to bridge spin-up times by just observing what the teams on the neighboring tables are up to, also it’s nice to get a variety of experiments all happening at the same time. Very entertaining and educational indeed!

The experiment that everybody is gathering around in the picture above is our favourite experiment: a slowly rotating tank with cooling in the middle that shows a nice 2D circulation instead of an overturning as we would expect in a non-rotating system.

A second group was doing an Ekman spiral experiment similar to this one.

If you are interested in observing the bottom boundary layer of a tank, it might look a bit weird to people who don’t know what you are up to…

And the other two experiments were the planetary Rossby wave experiments that I’ve written about so much before that it doesn’t really matter that I didn’t take any pictures this time round — you can find plenty over on my blog.