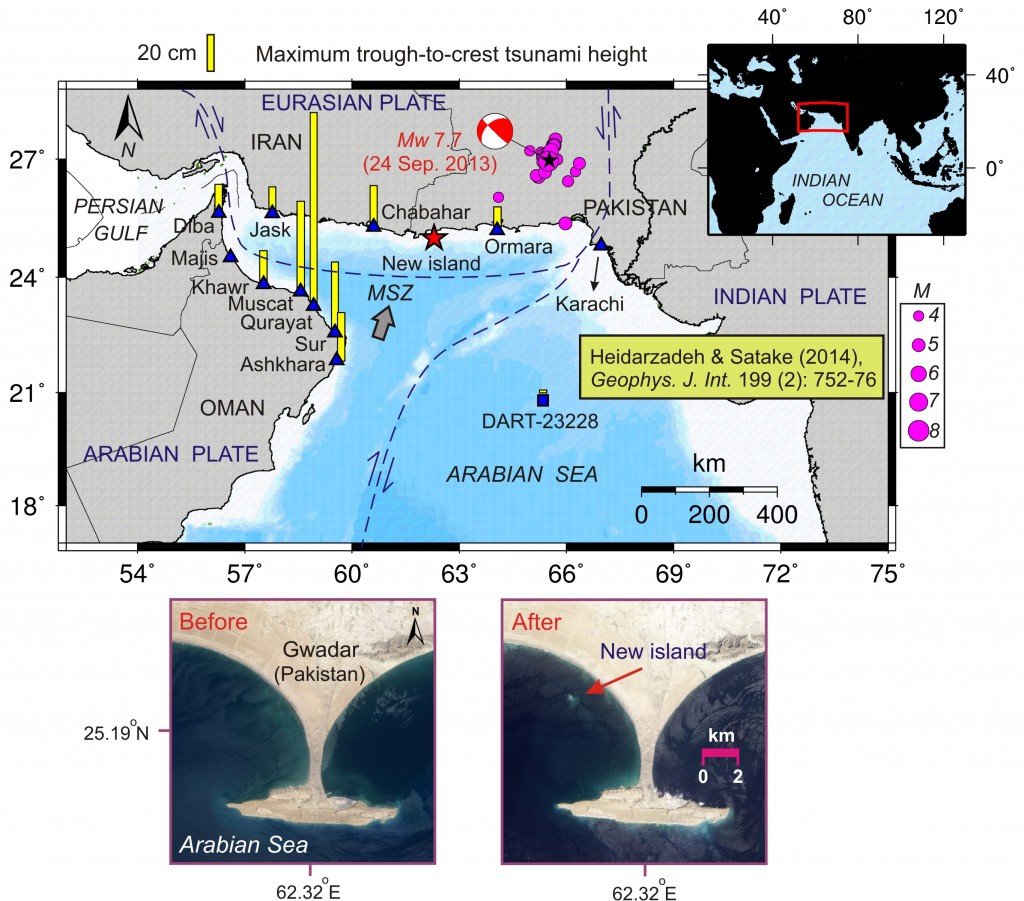 Following the 24 September 2013 Pakistan Inland earthquake (M 7.7), a tsunami was generated in the Northwestern Indian Ocean offshore Iran, Pakistan, Oman, and India at the Makran subduction zone. It was an unusual tsunami because the epicenter of the earthquake was far inland (see Figure below). The earthquake killed 825 people in Pakistan, but the resulting tsunami was small with a runup height of around 1 m. The recent article by Heidarzadeh and Satake (2014) in GJI analyzed this tsunami and concluded that it was most likely generated by a submarine landslide. The full article can be found at the following address:

The file of this article can be found also here (Full publication list).

Immediately after this inland earthquake, a mud-volcano island was generated in the Arabian Sea with the diameter of around 70-100 m at the water depth of around 10 m (see Figure below). However, Heidarzadeh & Satake (2014), by numerical modeling, showed that this mud island cannot be responsible for the observed tsunami waves. They examined many different sources, and finally concluded that a submarine landslide is most likely to be the source. This is one of the unusual tsunamis in the world because it was generated by an earthquake far inland. The distance from the earthquake epicenter to the nearest shoreline is around 200 km.