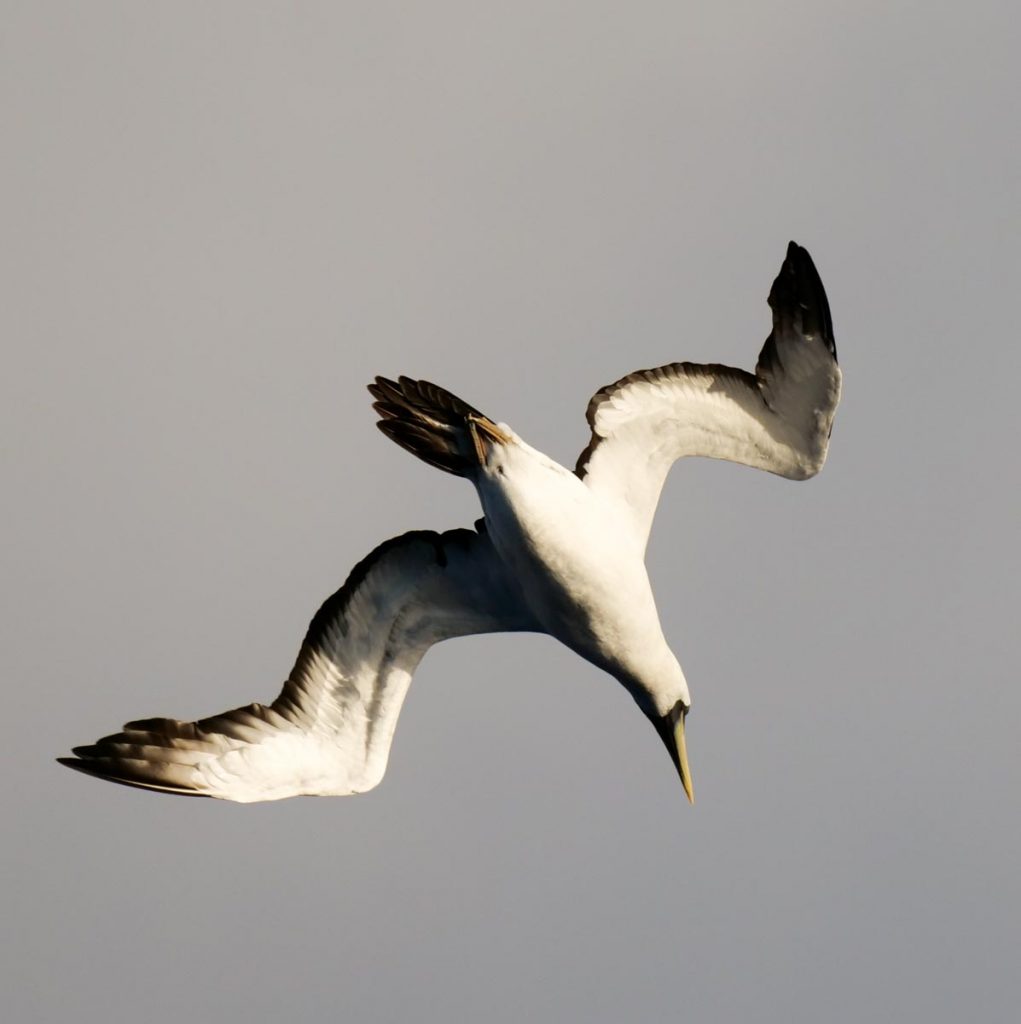 What is the base of life in the open sea? This is a very complex question, because many factors and forces are at work in the high sea. But let’s start somewhere, maybe with the water itself…

Upwelling regions are, in simple terms, a convergence of deep ocean currents bringing cold water, rich in nutrients, to the surface. These upwelling regions are good habitat for blooms of phytoplankton, which support zooplankton and many other marine life at higher trophic levels. For instance, the larvae of some species of mussels will look for good nutrient conditions to attach themselves to a substrate, and obviously start their new life cycle as mussels. In the topical Atlantic, there is an array of moorings called “Pirata” with surface buoys that measure weather and climate conditions. Other than the scientific use giving to this buoy, the natural world has made a use out of it: a complete ecosystem has established itself around the buoy, and it probably all started with the attachment of algae and mussels’ larvae. In return, this attracted some fish to the area, which attracted birds, and so on.

Fish underwater taken with a GoPro
Photo by Gerd Krahmann

Oceanic fish depend on upwelling regions to survive, but also on adaptations they have developed through time. For instance, they are usually agile swimmers with streamlined bodies that can endure long-distance migrations. At the higher trophic levels, you can find surface-dwellers like the mahi-mahi, which feed on flying fish, crabs, squids and such.

Seabirds can be found in many different weather and sea conditions, but the common factor amongst all of them is that they are pelagic. This means that they live in the open sea rather than on land, which implicated that they adapted to living in the high sea. For instance, they have specialised feathers that gives them more waterproofing and insulation compared to terrestrial birds; they have webbed feet that help them to “swim” in the water and propel themselves for take-off; they have specially shaped wings to be able to flight without effort, and also, in some species, to dive to catch fish; and many more adaptions. In addition, they are an important component of the high sea ecosystems, and can often be indicators of marine biodiversity sites: “they eat what is below the surface”.

Other than this beautiful wildlife, there is also some life that is invisible to the naked eye: plankton. To read more on that, check this blog post: The Life We Cannot See.

4 thoughts on “Wildlife at the High Sea in the Atlantic”