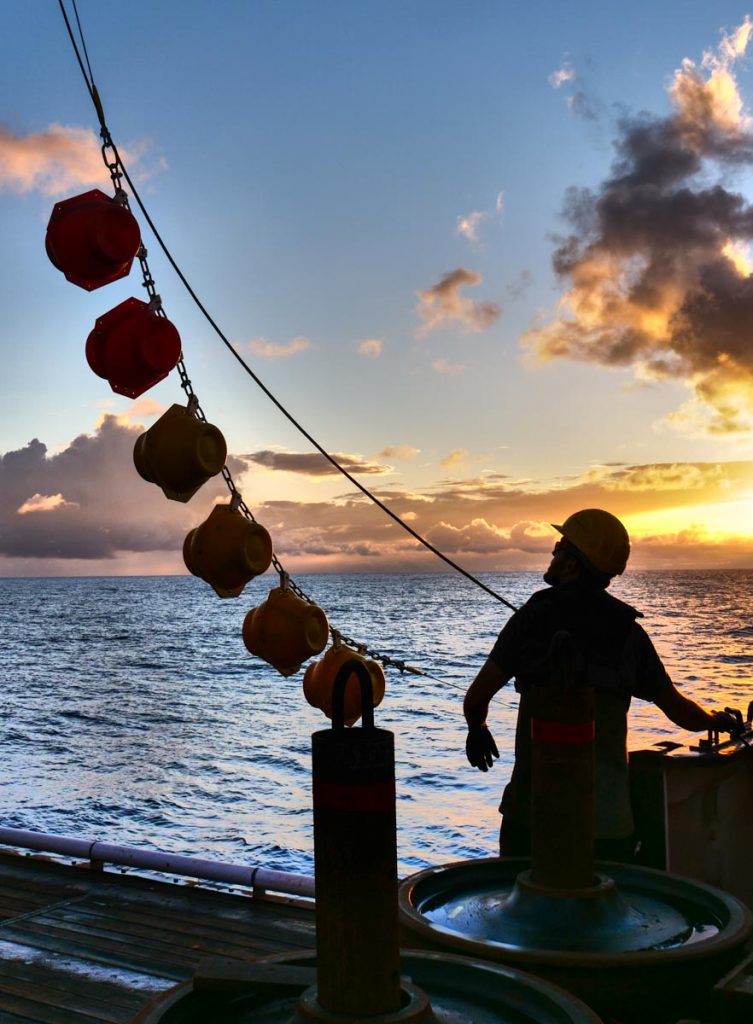 The GEOMAR ocean observatory at 10°S is an installation of instruments in the ocean with the goal to obtain long times series of ocean changes. At 10°S off the Brazilian coast the observatory consists of four long moorings that measure currents, temperature and salinity. The array was first installed between 2000 and 2004 and after a period of no observations reset in 2013 an since has produced continuous measurements.

However, every 18-24 month the moorings need to be taken out of the ocean, the data recovered, the batteries replaced and then put back into the ocean. This was the our task for the first 5 days of the M159 expedition.

The mooring is fixed to an anchor, a heavy piece of scrap metal (used train wheels), with a double release system. Each release can communicate with the ship by acoustics and a command ‘release mooring’ can be send. Once that is done the moorings comes to the ocean surface.

And once all the elements have come the ocean surface they get brought back on deck of the ship.

All instrument serial numbers get documented and the wire is spooled on an empty drum.

Then all the instruments get refurbished and all goes back into the ocean. Finally the anchor is released and the mooring falls back into place. Hopefully collecting good data until METEOR comes back in two years.