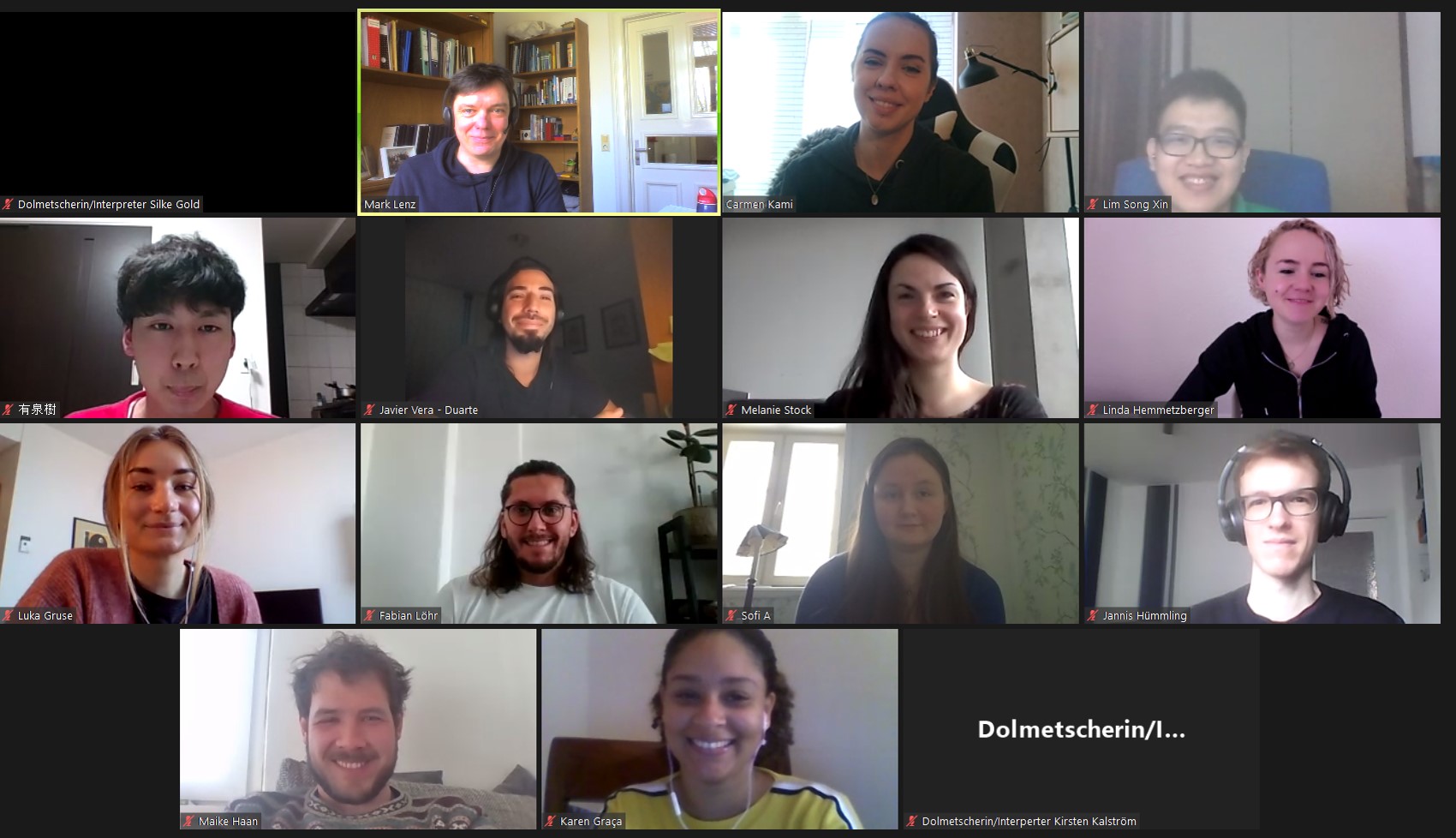 The preparations for a new GAME project have started. On March 2nd, the GAME teams of 2022 began with a series of daily online meetings, which, as it already was the case in 2021, replace the preparatory course that usually takes place at GEOMAR in Kiel. Waiving the face-to-face event was the consequence of the high Covid-19 infection rates that currently prevail in Germany. Finding a timeframe for the online activities that is suitable for all participants, however, was a challenge, since in 2022 the GAME sites cover 12 time zones from Chile in the west to Japan in the east. The meetings mean early morning work in Chile and Cabo Verde and late-night activity in Malaysia and Japan. We finally agreed on a time slot from 9:30 to 15:00 CET, what is very convenient for the German participants, but it means that Javier in Concepción, Chile, needs to start his working day at 5:30, while Itsuki in Sapporo, Japan, has to work until 11:00 in the evening.

Like in 2021, the topic of this year’s GAME project is the influence of light pollution on marine benthic systems. Light pollution is increasingly affecting the world’s coastal regions. It is estimated that a quarter of all coasts worldwide are now exposed to artificial light at night. However, so far little research has been done on the effects of light pollution on marine life. Yet, light plays a central role in the biology of almost all organisms. This is because the availability of light has been largely constant since life evolved on our planet. Although the intensity and composition of the light that reaches the Earth’s surface has changed over the course of Earth’s history, the times of sunrise and sunset have always been the same. They fluctuate throughout the year outside the tropics, but these fluctuations are predictable. Because of this, light from the sun but also from the moon controls countless processes and behaviors such as migratory movements, reproductive cycles, and the alternation between periods of activity and rest. Light rhythms are embedded in the DNA of virtually every life form on Earth. Since the invention of gas lamps, and even more so since the introduction of electric lighting, humans have been able to disrupt these rhythms on a large scale. At present, moreover, LED lighting systems, whose light spectrum is more similar to that of the sun than that of gas discharge lamps, are being used more and more frequently for street lighting. This has increased the risk of artificial light disturbing natural processes.

While GAME investigated the effects of light pollution on grazer species such as snails and sea urchins in 2021, we will now focus on benthic filter feeders like mussels and oysters. In contrast to the mobile herbivores, which showed a reaction to light pollution presumably because they associate light with the presence or absence of predators, the sessile filter feeders have less means to escape their antagonists. Nevertheless, also in these animals a reduced activity during daytime could mean that they try to lower their susceptibility to predation by keeping their valves closed. Furthermore, their daily activity patterns could be adjusted to the presence or absence of food, such as phytoplankton, which, in turn, could also be determined by light. Hence, also on this group of organisms light pollution could potentially have a multitude of influences. However, so far basically no systematic research work has been done on the effects of light pollution on benthic filter feeders, although these animals, in particular mussels, are of outstanding importance for coastal ecosystems. Mussel beds, for instance, represent giant water filters that ensure a good water quality. Furthermore, they stabilize coastlines and provide food for many other marine organisms and humans. An influence of light pollution on their performance could therefore have consequences that could cascade further through the affected ecosystems. The GAME project of 2022 seeks to provide first empirical knowledge about whether light pollution can actually interfere with circadian rhythms in benthic filter feeders or even impair their performance traits such as the filtering activity.

We are very happy that, with the start of the new project, we can welcome two new science partners in the international GAME network. Our new partner in Chile is the Universidad Católica de Santísima Concepción, represented by Dr. Iván Hinojosa, while in Iceland we collaborate with the University Centre of the Westfjords in Isafjördur, which is represented by Dr. Peter Weiss.

Like in previous years, we will keep you updated about the progress of the project here at Oceanblogs and on our Social Media platforms (Instagram: @game_geomar and Facebook: GAME Programme GEOMAR). The preparatory course with its online activities will be continued until the end of March and then the German students will travel to their destinations. We hope that, different from the years 2020 and 2021, these travels will not be delayed by the pandemic. As soon as the teams have come together, the practical preparations at the different sites will begin.

The start of this project is overshadowed by the tragedy in Ukraine. We are convinced that international collaborations in science and elsewhere are more important than ever to strengthen peaceful relationships between nations.