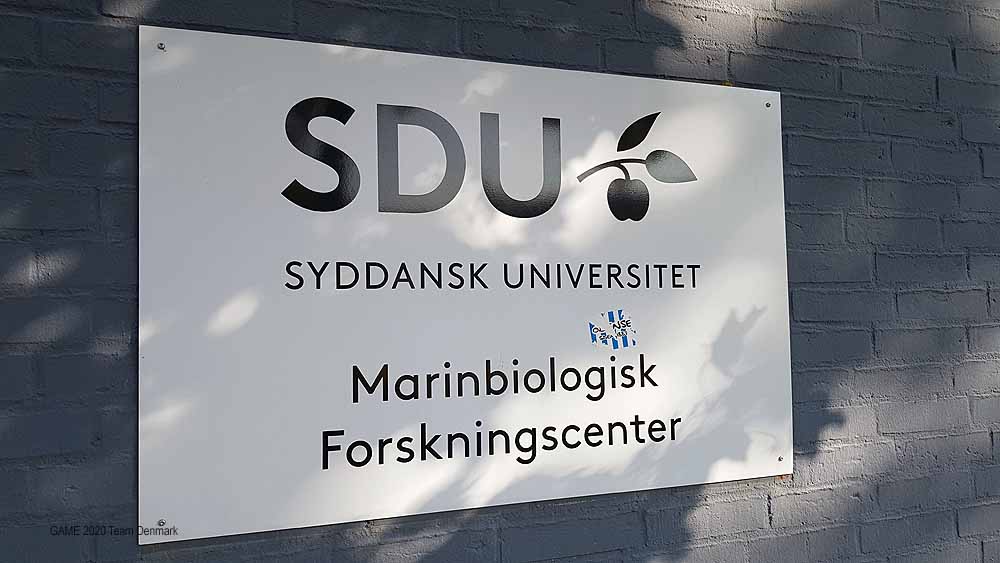 Working on our Master’s projects with a view on the Table Mountain in Cape Town (South Africa) and being in the jungle of Penang (Malaysia) was what we, Annika and Luisa, expected for 2020 – until we finally ended up together in the exotic Scandinavian country of Denmark. It turned out to be one of the best decisions we probably ever made!

This is how the story began: In March 2020, the GAME participants met at GEOMAR in Kiel to prepare the research project that was supposed to be conducted by teams of students in different places all over the world. As the coronavirus situation became critical in Germany, we had to stop the preparation course two weeks earlier than planned and the students from abroad, who travelled to Kiel to attend the course, had to return to their home countries quickly. Nevertheless, all the German students were still hoping that they would be able to travel to their GAME destinations later during the year. As it became clear that travelling, especially outside Europe, will be impossible for quite a long time, we started searching for alternatives. While Annika was doing an internship at the Marine Biological Research Centre in Kerteminde, Denmark, in August 2020, she came to the idea of conducting her GAME project at this institute. This idea could be realized when the head of the institute, Professor Dr. Magnus Wahlberg, invited her and also Luisa to join the institute and its team for the project. Hence, we decided to create a new GAME-Team: Team Denmark.

In September, the two of us met again, for the first time since March, at GEOMAR to adjust our project plannings to the new situation. Furthermore, we had to pack scientific equipment along with some other things that are more expensive in Denmark 😉 before we finally started our journey.

Kerteminde is located on the Island of Fyn in the Western Baltic Sea. Already after a few days of being here, we had to admit that we had no second thoughts or regrets at all about changing our travel plans and simply started loving to live and work in Denmark.

Our project focuses on mussels of the species Mytilus edulis, which is, together with Mytilus trossulus, the common mussel species in the Baltic Sea. We want to examine the effects of different kinds of macroplastics on mussel communities. To do so, we constructed PVC- platforms and let the mussels aggregate on them together with the plastic materials in the lab for a week. After this time, we exposed the platforms in the Baltic Sea for ten weeks. Building the platforms, collecting and preparing the mussels, controlling the aggregation and planning further experiments was exciting and fun, but also took quite some time: We actually needed 2100 individual mussels in total!

To get a better understanding of the physiology of the mussels, we first performed respiration and filtration rate measurements on single mussels. For this, we already developed some statistical models to compare the performance of the animals in the aggregates with the maximum potential performance of a single mussel that is in the same size range as the mussels in the aggregates. Lucky us, we found the perfect supervisors, who are both known experts on the respiration and filtration rates of mussels and who, on top of that, are very competent in statistics and R: Dr. Josephine Goldstein and Professor Dr. Hans Ulrik Riisgard.

As the preparations worked out well, we started to collect mussels for our main experiment in November, which was then followed by the start of the sea exposure phase of the platforms with the mussel aggregates in December.
We exposed the aggregates in a small area called the triangle that is located next to the institute. It is a partly enclosed section of the Kerteminde Fjord that is protected from waves and from strong currents.

Some of the aggregates could be attached to the wire by using a boat. But for the greater part, the wire was too close to the water surface.  So what could we do? After short considerations and, as a consequence, questioning everything we did so far, we bravely jumped into the icecold (3-5°C) Kerteminde Fjord. Admittedly, we had neoprene suits, gloves and shoes ;).

Surprisingly, we actually now have to agree with most Danes: winter-swimming is a great experience!  By doing it, we feel truly Danish and like being a part of the local community in Kerteminde. We can definitely recommend it to everyone!

Besides all the work, we also explored our beautiful surroundings! It takes only 20 minutes to drive from Kerteminde to Fyns Hoved, one of our favourite places on Fyn, where harbour porpoises can be seen almost all the time. It is a great feeling when you are watching out for these amazing animals and you finally see a group of them swimming so close to the shore! We also visited Møns Klint, an amazing steep shore on the island of Møn. In the so-called Alps of Fyn (Svanninge Bjerge), which include mountains of about 130 meters height (wow, almost Everest-conditions… 😉) we, after all, felt like it was winter, as there was snow when we were there in January.

Nevertheless, we were not only exploring the stunning nature, but also some cities throughout the country. Odense, which is the third largest city of Denmark, only 20 km from Kerteminde, is famous for Hans Christian Andersen, who has been living there. All over the city, statues are placed that represent the fairy tales he wrote and by this remind the people of Odense and visitors of this famous writer. Kerteminde itself also offers a lot to explore- as we are lucky to live directly next to the beach, we can enjoy a 30-minutes walk to a small steep coast with a view on the bridge that connects Fyn and Sealand, the island on which København (Copenhagen) is located.

And what is going on right now? As Denmark is also in a lockdown situation, working in the institute was way more complicated than in normal times and very restricted for us. Hence, we had to spend a lot of time in home office. Nevertheless, we are planning (and also looking forward to it) to take our aggregates out of the water by the beginning of February. This will be an interesting time in which we will measure response variables like filtration rate, respiration rate and the complexity of the aggregate-structure. They will hopefully tell us something about the influence of the plastic debris on the performance of the mussel aggregates.

We are excited about finally getting the results… We will keep you updated!