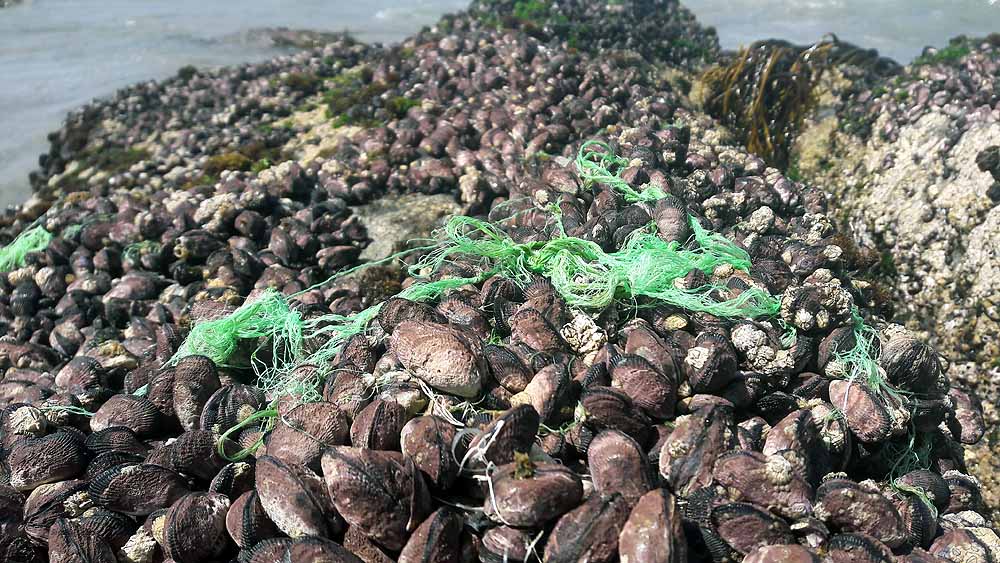 On Monday March 2nd, the preparation course for the new GAME project will start and also in 2020 the programme will focus again on the effects of plastic litter on marine life. However, while previous research in this field has almost exclusively focused on the impact of macro- or micro-sized debris on single organisms, GAME 2020 intends to investigate the effects of plastic on higher organizational levels such as communities. Our study system will be mussel beds, which are abundant in many coastal seas worldwide and which fulfill important functions. Mussels clean the water by their filtering activity, they stabilize sediments and coastlines by the structures that they build, they are an important food source, and they provide a habitat for numerous associated marine organisms. Furthermore, they are a valuable seafood for human consumption. At many coasts worldwide, it is now common to find plastic debris, in particular fishing nets and ropes, incorporated in mussel beds, while it is unclear whether the material has any influence on their structure, stability, functioning and biodiversity.

The research concept for GAME 2020 is that the teams will collect small-sized mussel clumps at their study sites, transport them to the laboratory, separate the mussels from each other, clean them and let them re-aggregate. During this process, the students will incorporate plastic debris, such as fishing nets (filaments) or plastic bags (films) into the aggregates. At the same time, aggregates without plastic debris will serve as a reference group. Then the mussel clumps will be exposed in the sea again for several weeks and after that time various response variables will be assessed to characterize the aggregates. They will comprise the growth rates of the mussels, the diversity and abundance of the associated mobile fauna and of epibionts, recruitment of juvenile mussels, stability of the aggregates, filtering capacity of the aggregated mussels, accumulation of organic material in the aggregates and some more, which we will identify during the preparation course in March. Information about these properties will allow to assess whether the plastic debris has an influence on the performance of the mussels, the functioning of the aggregates and on the associated fauna and flora. This will be one of the first studies to address the effects of marine plastic litter on a higher level of biological organization.

The GAME teams of 2020 will work in Australia, Cabo Verde, Chile, Israel, Japan, Malaysia, Spain and South Africa. Like in previous years, they will blog about their experiments, experiences and challenges here on oceanblogs.org.

The title photo shows a mussel bed at the coast of Chile near the city of Coquimbo. Plastic filaments, presumably from fishing gear, have been incorporated into the mussel matrix. Photo: Maria Amenábar Cristi.