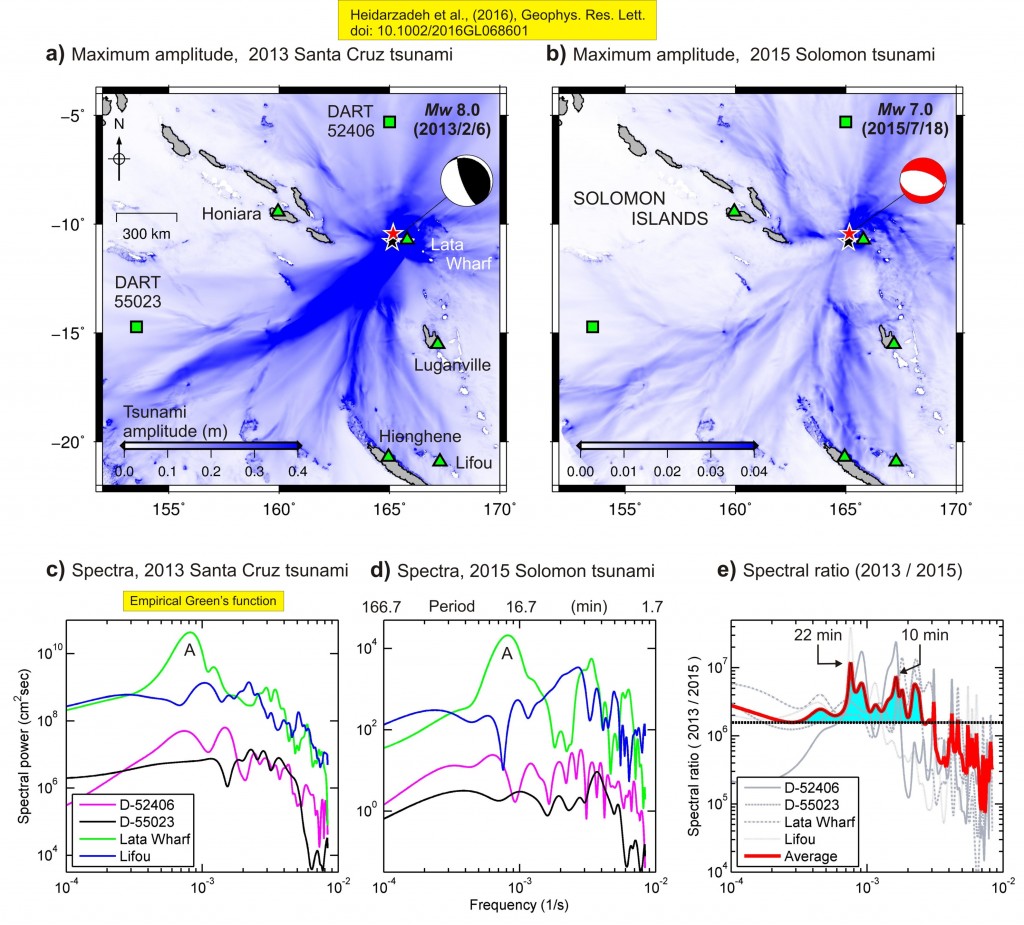 For first time, we developed empirical Green’s functions for tsunamis. The details are shown in the figure.

There were two tsunamis in the Solomon Islands region in July 2015 (Mw7.0) and in February 2013 (Mw8.0; known as the Santa Cruz tsunami). The sources of the two tsunamis are very close to each other (see asterisks in the figure). The former tsunami is much smaller than the latter one. The figure shows the tsunami energy for these two events (top row) indicating that the amplitudes of the 2013 Santa Cruz tsunami are ~10 times larger than those of the 2015 tsunami. It can also be seen in the figure that the propagation path is also very similar for both events. Because the two events occurred very close to each other, the propagation path is similar for both and one of them is much smaller than the other one, we may consider the smaller event (2015 Solomon Islands tsunami) as the Green’s function.

Therefore, spectral deconvolution gives the source spectra of the larger event. In other words, the smaller event will help to remove the effects of the propagation path on tsunami records from the larger event. Spectral deconvolution was done using spectral ratio. The shaded region in the figure is the source spectrum of the 2013 Santa Cruz event. This is first time that empirical Green’s functions have been used in tsunami research.

Full story is published in Geophysical Research Letters (GRL). Click here to see the weblink amnd click here to get the PDF of the article.