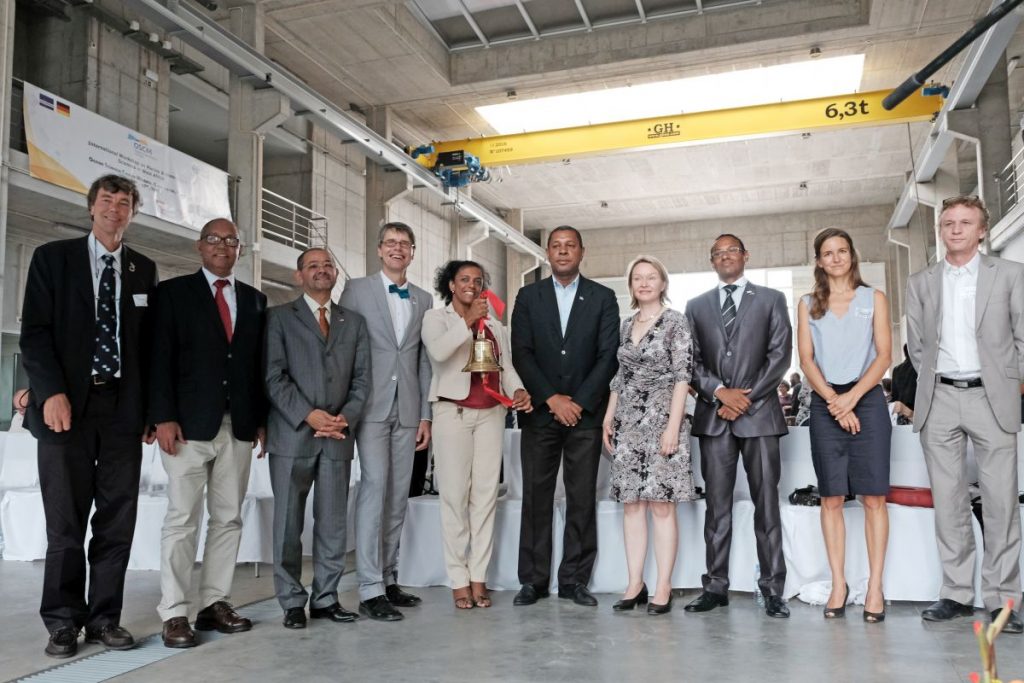 The second day of the International Workshop on Marine & Atmospheric Science in West Africa had a more official focus. Today, representatives of the Republic of Cape Verde, among them Carlos Évora Rocha (National Director of Maritime Economy of the Republic of Cabo Verde), Dr. Osvaldina Silva (president of the INDP) and Augusto Neves (mayor of São Vicente) declared the OSCM fully operational and handed it over to the scientific community. This was a great day for all team members, who have been working hard on this project for several years. From now on, the international scientific community has a basis in the tropical Atlantic to meet, to prepare expeditions and to store large-scale equipment. The OSCM is also intended to be a centre for education and training in West Africa. You wanna work in this region? Just contact us!

More about the scientific opening ceremony on the GEOMAR-website.

In the afternoon, the 4th Edition of the International Conference of the AWA (Ecosystem Approach to the management of fisheries and the marine environment in West African waters) project started in the adjacent Instituto Nacional de Desenvolvimento das Pescas – Cabo Verde (INDP). At the same time we offered a field trip around the island for first-time visitors and other colleagues who wanted to see more of Sao Vicente. We visited the Cape Verdean research vessel ISLANDIA and the Cape Verde Atmosphere Observatory (CVAO) near the village of Calhau.

A reception on the German research vessel MARIA S. MERIAN, which had arrived in Mindelo yesterday, completed this exciting day. The opening ceremony in the OSCM hangar. Photo: Jan Steffen/GEOMAR Representatives of Cape Verde and scientists from Cape Verde, Europe, Africa and the Americas celebrated together the OSCM. Photo: Jan Steffen/GEOMAR On the way to Calhau. The CVAO is located on the peninsula in the background. Photo: Jan Steffen/GEOMAR