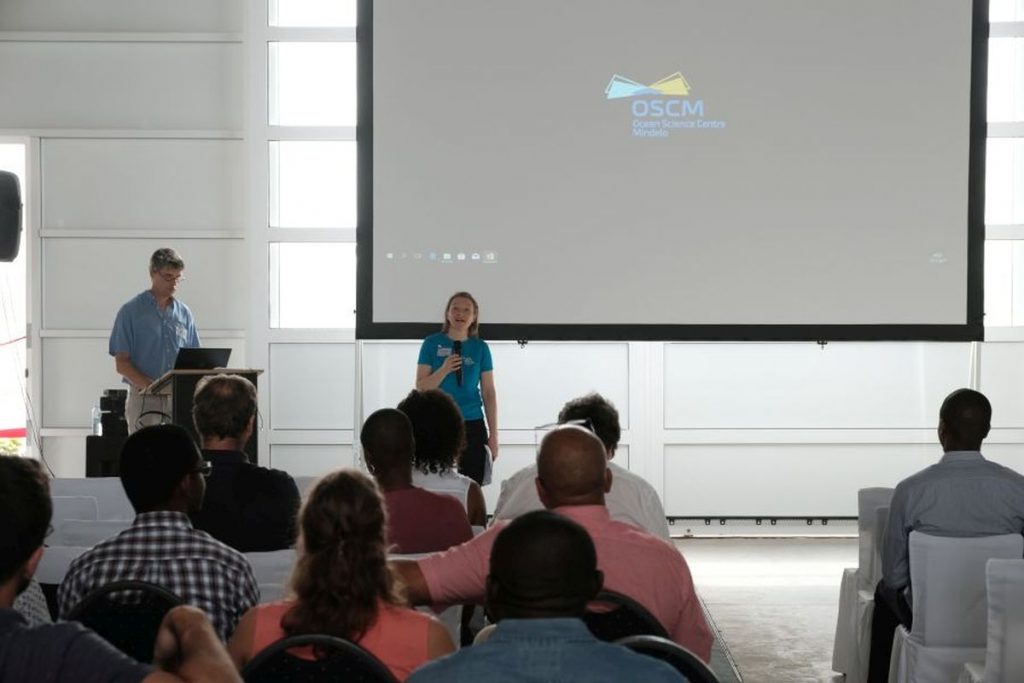 In the morning, Arne Körtzinger and Cordula Zenk welcome all participants of the international workshop. Photo: Jan Steffen/GEOMAR

The first day of the International Workshop on Marine &  Atmospheric Sciences in West Africa saw some very interesting talks on different observatories and long-term measurements in the Atlantic, scientific results gained from these observations and future research ideas. In the morning the focus was on the ocean itself, in the afternoon we moved on to the atmosphere above the ocean. From biology, ecology, oceanography to ocean and atmospheric chemistry a wide variety of disciplines was represented. Again, we could see how crucial the tropical oceans are for many global processes. If there is one key message of  the day it’s this: we can’t understand these processes by taking single samples or conducting short term experiments. To understand natural variabilities  and to distinguish them from real changes in the earth system we need time-series observations.

During the day, we could observe one of our research topics right above Mindelo. Dust storms frequently carry large amounts of sand from the Sahara to the Atlantic. This dust contains nutrients for plankton organisms and is thus important for food nets and biogeochemical cycles in the ocean.

Today, one of these dust storms hit Cape Verde. When RV MARIA S. MERIAN reached Mindelo in the evening, one could hardly see her on the other side of the harbour bay. What an impressive phenomenon… Wadinga Fomba of the Leibniz Institute for Tropospheric Research explaining the “Chemical composition of aerosol particles at the CVAO”. Photo: Jan Steffen/GEOMAR