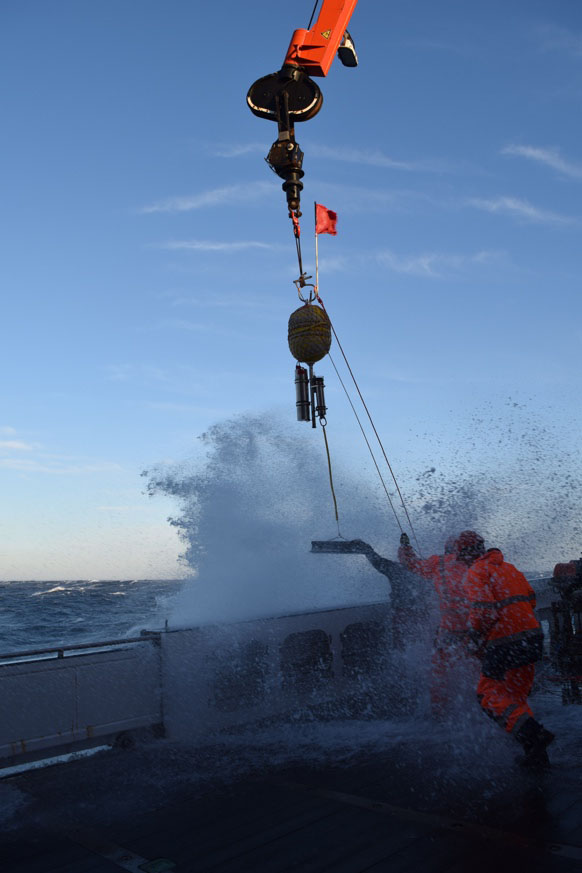 In our last blog entries we have already reported on our gear and how difficult recovery can be at times. Today, we would like to share some of the daily working life of the scientists here on board with you.

Marine geophysical surveys commonly require a large number of helping hands (and brains, of course). This is why our scientific party during cruise MSM 71 galvanizes a diverse group of people: many highly motivated students (the ‘Lions Team’), most of them aboard a scientific research vessel for the very first time. In addition, there are senior scientists, PhD students, and the chief scientists. Prior to the cruise, this group has developed a scientific hypothesis which now shall be verified using data acquired at sea. As you can probably tell, this part is mostly about conceptual ideas and models and theories that have been developed at the office desk or at scientific meetings. To transform all of this into a research cruise requires the hands-on support of technicians and engineers together with the seamen on board. Without them, things wouldn’t slide along, because they are the people ‘on the edge’. What we mean by that? Well, have a look, because a picture paints a thousand words.

For most operations, the bulwark provides some additional protection (however, not always, as seen on the photo above). There are some operations, however, that require our air gunner KlausPeter S. and the bosun Norbert B. to stand directly on the edge of the open working deck – secured by a rope of course. Deployment or recovery of our air guns then  require a perfect interplay between the technicians, the bosun and the seamen, supported by the strong arms of the Lions Team helping in second row. At the same time, the nautical officer must keep the vessel steady, so that everything works smoothly on the aft deck – be it 2 o’clock in the morning or 3 o’clock in the afternoon, defying winds and waves, because science never ceases on research vessels.

(for a German version of this post please go to www.planeterde.de)