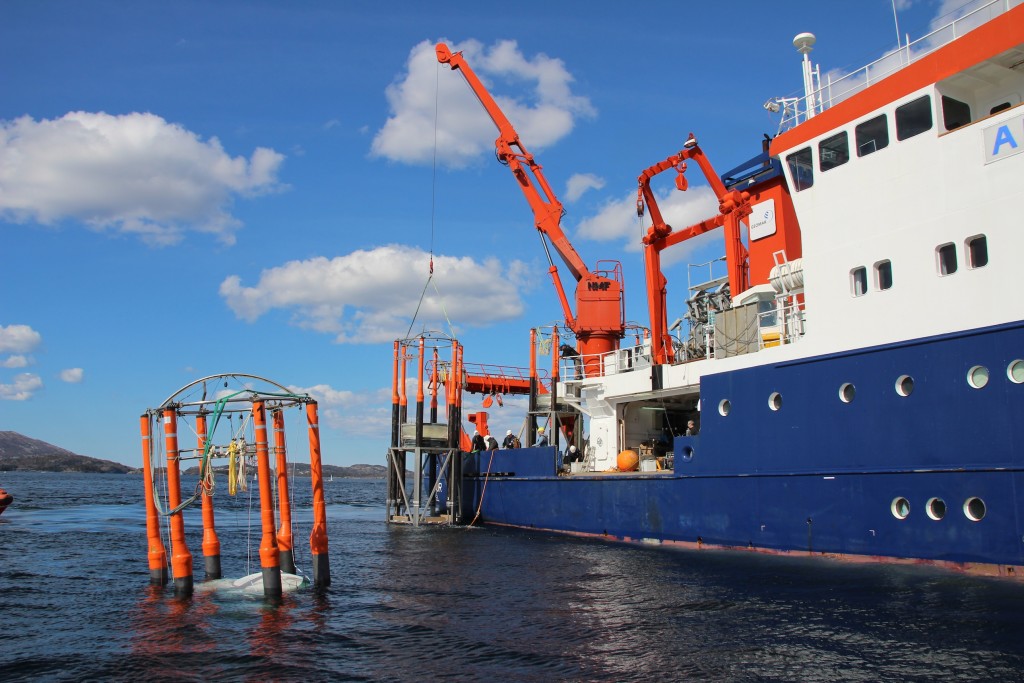 With nearly 20 tonnes of mesocosm equipment and our boat Wassermann on board, the research vessel Alkor has arrived safely in Bergen on Sunday morning. An additional 14 tonnes of lab equipment and anchor weights for the mesocosm moorings were transported to Bergen by truck. After unloading Wassermann and taking on board the anchor weights, Alkor steamed south to the deployment site. In a record time of three and a half hours she put out the moorings and deployed our eight mesocosms. The day was complete when the KOSMOS team unfolded the mesocosm bags and installed the flashing lights. After its successful mission, Alkor is now on its way back home to Kiel.

34 tonnes of equipment are distributed between Alkor and the truck.

In the meantime, participants of this year’s study are arriving at the Espeland Marine Biological Station of the University of Bergen. For the KOSMOS team it’s the second time to set anchor in the Raunefjord, so it feels a bit like coming home. We are very lucky to have the entire station almost to ourselves. With truckloads of equipment being unloaded and distributed into the labs, the diving locker, the boat house and the offices by dozens of helping hands, it feels like a déjà-vu – the KOSMOS circus coming to town. Wassermann being unloaded in Bergen harbour Mesocosms deployed and anchored in the Raunefjord

One thought on “KOSMOS circus in town”