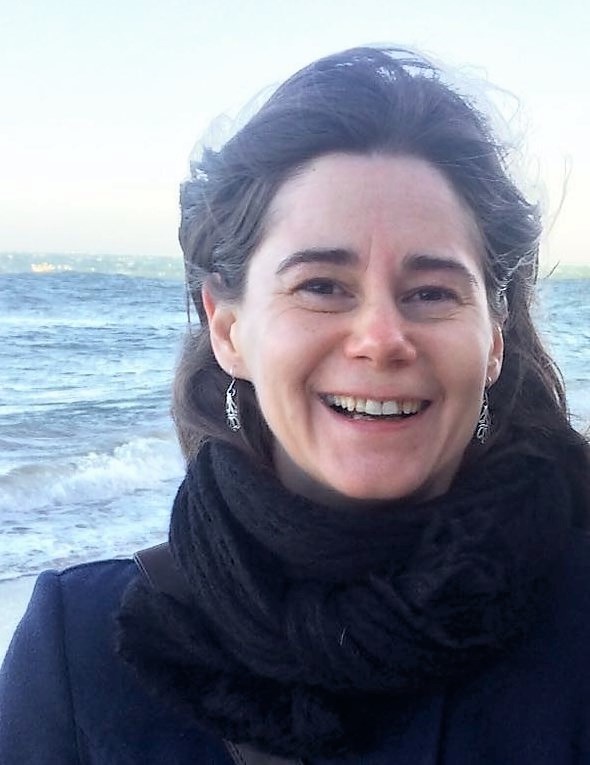 What is the nature of your work?

I am a marine biologist and phytoplankton ecologist doing independent research at the Finnish Environment Institute. As a Senior Research Scientist, I lead a research group and manage and coordinate different research projects. Together with interns, Master’s and PhD students, post-docs and project scientists I perform experiments and field studies, analyse data, write scientific papers and apply for research funding. I have some responsibilities in international expert groups and travel quite a lot to attend conferences and scientific meetings or work on joint projects with international collaborators.

I obtained my Master’s degree from the University of Rostock in Germany in 1993 and moved to Finland shortly after. I started a PhD project at the University of Helsinki in 1995 when my first child was 1 year old. Two weeks after my thesis defence my third child was born. In 2001 the family moved to the US, where I spent 2 years as a post-doc at Woods Hole Oceanographic Institution. Back in Finland, I was employed as a project scientist for some years before I got my first independent research grant.  I was then appointed a Senior Research Scientist at the Finnish Environment Institute, initially for the duration of the project, but after receiving an Academy of Finland Research Fellowship, my position was made permanent.

I have 3 children and shared the commitments with my husband. My children are grown up now.

How do you balance your work and family commitments?

When my children were younger, I strictly divided work and family life. I went to work for the mandatory working hours and tried to work as efficiently as possible. At 16.00 I went home to spend the rest of the day with the children, fetch them from Kindergarten or school and take them to their hobbies. I tried to keep work-related activities to working hours at the institute and only exceptionally worked on weekends or during holidays. When the children became more independent, the strict schedule became more flexible and I occasionally worked longer hours.

What has helped you?

My husband and I shared the family commitments equally. My husband is also a scientist working in a related field, so we had very similar needs, which helped coordination. Our jobs have flexible working times, thus adjustment of working days to the needs of the family was not a problem. Very important for the success of combined work and family life was the highly developed Finnish daycare system which is streamlined to the needs of working parents with an 8-hour full-time job. At that time children were more or less guaranteed a place at a daycare centre from 1year age on. Day-care opening hours from 7.30 -17.00 were generous. For the 2 years, the family spent in the US for post-docs we had Au-pairs to take care of the toddler and cover the after-school hours/activities of the other two children. Our post-doc grants included a generous family allowance that made these costly arrangements possible. The nature of our work, which includes field work in the summer, also came in handy. We spent many summers at the field station in Tvärminne which had accommodation possibilities for families. Since many other fellow scientists brought their children along, we often made joint day care arrangements and hired a nanny for several families. Importantly, the general attitude in Finland considering working mums the norm rather than the exception, as well as my own conditioning (I grew up in DDR, where all women worked full-time jobs and raised families at the same time), made this model a natural choice. Finally, the joy of family life itself was the greatest motivation.

What has hindered you?

The increasing necessity of travelling made life difficult because one partner was left with all the responsibility during those periods. Also, making all necessary arrangements was at times rather costly.

There were often situations where one had to decide between work and family. Does this or that meeting really justify that I leave the family for a week, miss an important recital of my child or ask the grandparents for help? Can I really afford to miss this particular conference where I could make important connections? I had to make a lot of compromises towards both, career and family.

In my experience, it can be very difficult to equally consider the career ambitions of both partners and share family commitments. One partner may have the option to take on a position in another city or even country which might force the other partner to sacrifice his or her career plans for the sake of the family and the shared family care.

What have been the most difficult moments in your career considering family and work-life balance?

One of such moments was when I realized that the general expectations of academia for a career in science and the reality of a scientist with family commitments are not compatible and that it might actually be impossible to combine both even under ideal conditions. This concerned different aspects:

The most difficult moment in my career was when my youngest child became very ill and I needed to take an open-end leave of absence to take care of her, not knowing when or if at all I would be able to return to work in science. I was well aware that at that point of my career it would be hard to catch up after a long break. I really regret that I became preoccupied with worries about my career (and the prospect of a permanent job in science) in a situation where all my attention should have gone to my child.

What is your experience of sharing family-care: (a) in your everyday life, (b) during field works, and (c) during secondments?

Is there anything else that you would like to add?

As said above – in my experience the problem is not combining science career and family commitment, the problem is the lack of flexibility in the perception of a science career and the exaggerated expectations to academic leadership positions. For me, the 2012 essay by Anne-Marie Slaughter in The Atlantic “Why Women Still Can’t Have It All” was a revelation in this respect, because it really brought the dilemma to the point and, for a solution, demanded a drastic change in the definition of a successful career.