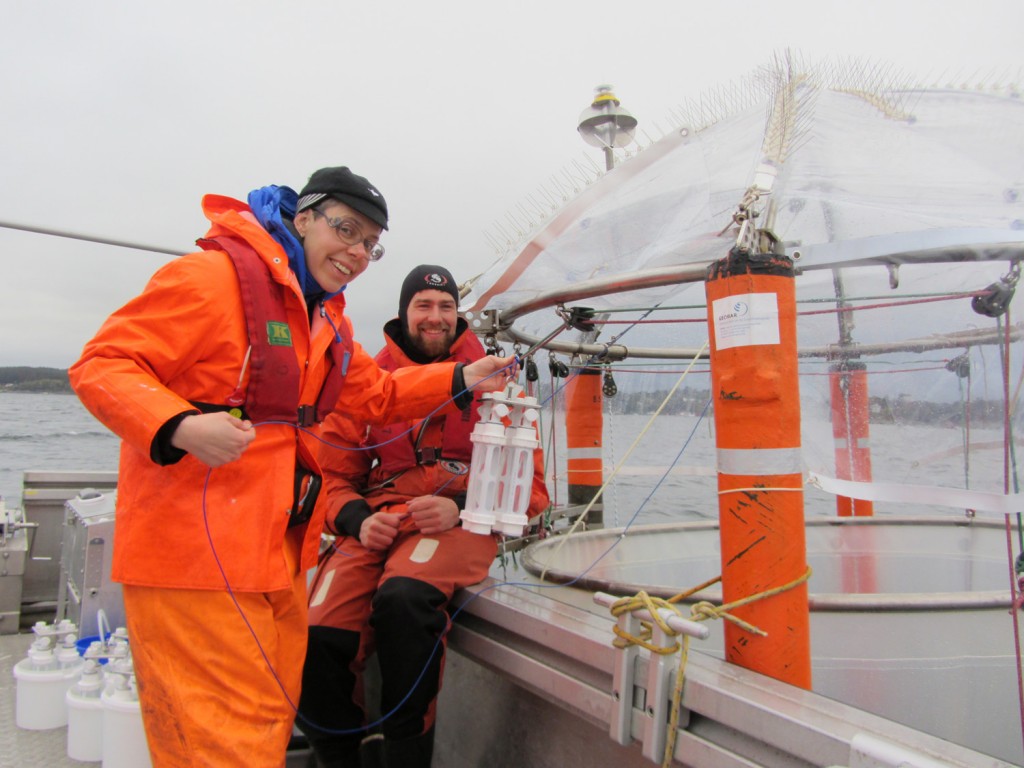 Cell cages are placed inside the mesocosms during the KOSMOS 2015 experiment on ocean acidification at Raunefjord, Norway.

Microbes reproduce fast. Like, really fast, so that over the course of the mesocosm experiment, some species will go through about 50 generations. And in that time, evolution can happen. Team Evolution (Lisa and Sinead) are measuring how much some of the picoplankton in the mesocosms evolve. To do this, we need to measure the same population of cells over and over, so we have trapped them in cages made up of dialysis tubing. Nutrients and carbon dioxide (CO2) can get in and out of the cages, but cells can’t, so that we can keep track of how the cells in the cages evolve.

A few months ago, some colleagues sent us water samples from Bergen to my (Sinead’s) lab in Edinburgh, where we isolated different species of picoplankton and then grew them up in single-species populations. This took about four months, because we had to let the populations grow up from single cells. Now, here we are reintroducing those same populations (in cages) back into the fjord!

These cages were home-made out of plumbing tubing, and this is the first time they’ve been used in a mesocosm experiment (we tested them in the lab). Very exciting. We’ll let you know how they hold up to real world.

One thought on “Evolution cage match”