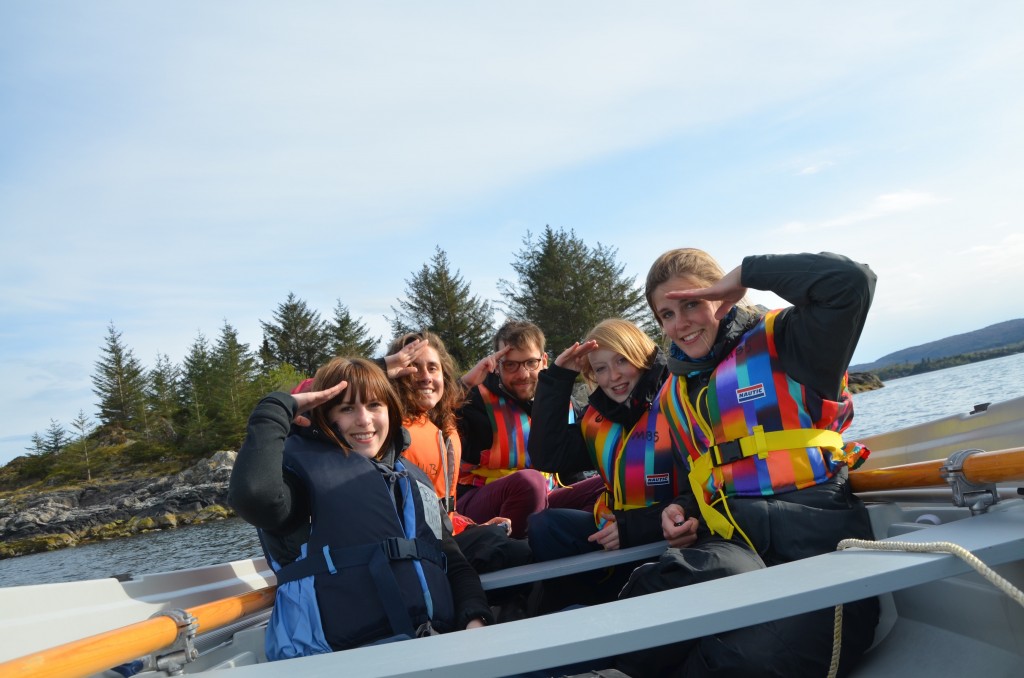 The explorers are having fun!! Picture by Lara Schmittmann

Every second morning a bunch of brave explorers set out with their tiny little boats to an obscure direction for an unknown period of time.

They become smaller and smaller and then finally disappear behind rocky islands with wild vegetation.

After a few hours they come back and have been desperately awaited by the people who stayed at the station. Their initially empty boats are filled with precious water samples and delicious smelling sediment samples. But where do the explorers vanish and what are they doing there? The most important thing for this journey are the boats. They are little (except of one), but irreplaceable. Every sampling day they bring the explorers safely to their destination, the mesocosms.

No matter if it’s bumpy and raining, they do their jobs with no exception. When the sun shines it’s even nicer and they glide nicely through the glassy sea with their companions.

After about 10 glorious minutes the mesocosms are reached and then the work begins. After tying up the boats at the mesocosms, the samplers are launched into the rough sea with a long rope. Those sensible sampling devices have to be treated very carefully. Otherwise they are going to mutiny and to refuse their jobs. Their job is actually to collect water in defined depths, which is sucked in every few meters till it has reached a depth of 19 m. That’s how an integrated water sample is created. It’s kind of a challenge for the experienced jack tars to stand on a small boat which goes up and down and to launch a sampler very carefully into the mesocosm.

Sometimes a ferry passes by far away, but the produced waves make the work much more adventurous. It takes more than a few waves to stop the explorers from their endeavor. It even makes them stronger and it improves their balance. The liquid treasure which is brought up out of the cold depths of the Raunefjord is then filled up in canisters and brought back to the station safely. At this point the first adventure ends and another starts: the analyses of the samples. But this is another story …