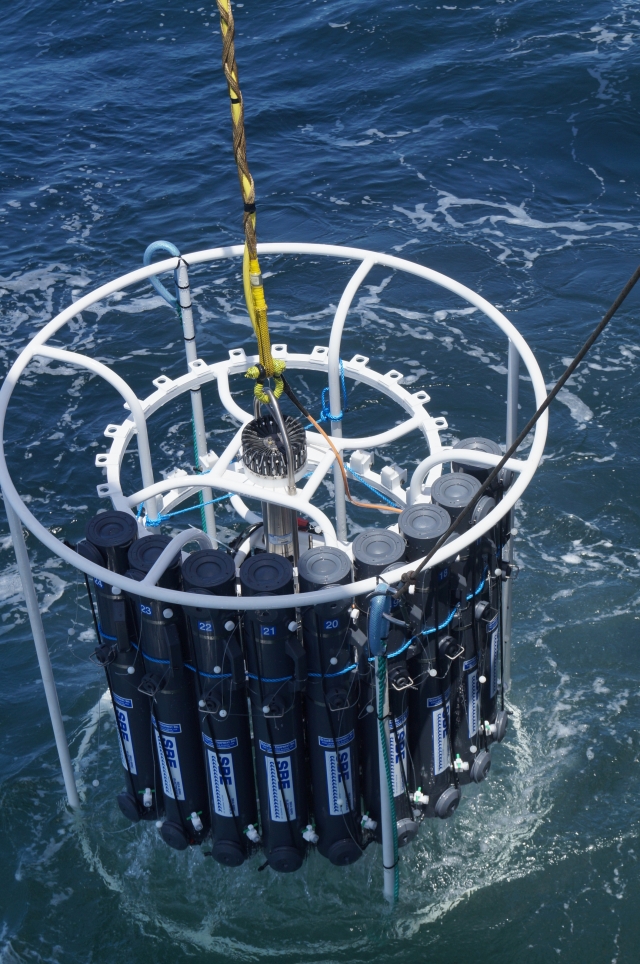 We set off from Walvis Bay, Namibia, on Sunday November 22 and have now been at sea for 2 days.

On board of the METEOR we have scientists from Germany, England, New Zealand and Angola.

Most of us have now got used to the swell and have been working hard. We have been sailing in a northerly directions in the upwelling region along the Namibian coast over the last two days. This morning we crossed the Angola-Benguela Front and saw an increase of 6 degrees C in surface water temperature.

We have conducted 5 CTD casts with the stainless frame, and also had 3 very successful deployments of our new trace metal clean CTD system. The first deployment was obviously viewed with great anticipation, in particular by the chief scientist.

We are currently picking up gliders deployed during a previous cruise, and then make our way to the Congo outflow.