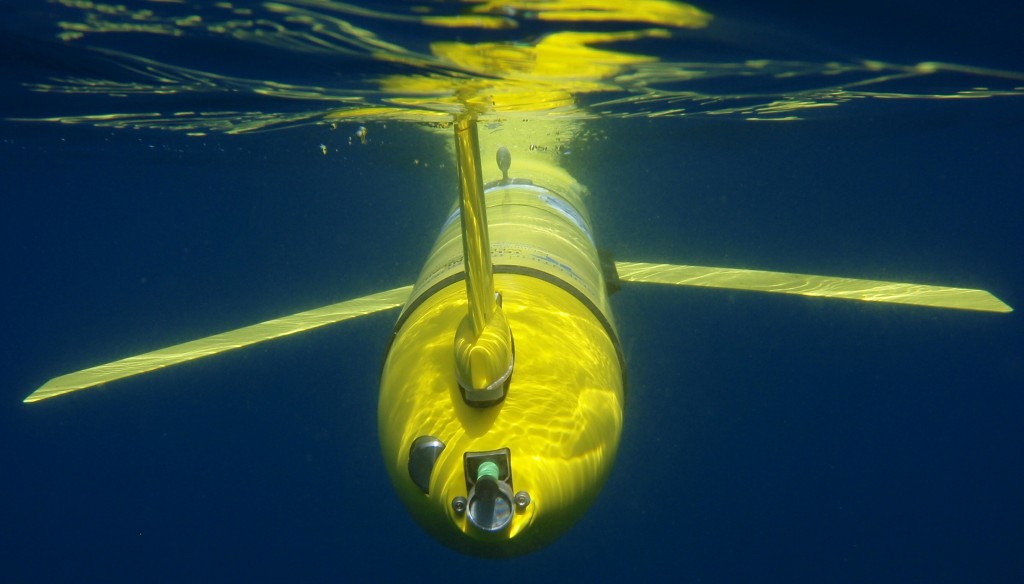 Right after New Year’s Day a team of GEOMAR and INDP scientists and technicians have successfully deployed a pair of two oceanographic SLOCUM gliders. The two gliders were prepared on land at INDP and later deployed from RV Islandia south of the island of Santo Antao. The two gliders are equipped with a suite of physical and biogeochemical sensors (e.g., CTD, oxygen, fluorescence, turbidity).

Both gliders will be used to resolve mesoscale processes around CVOO which in the past came along with biogeochemical anomalies in the surface ocean (anoxic water masses). Such mesoscale eddies are hard to detect from space or from ship expeditions. Thus, the high resolution in space and time of glider observations will help to better identify and characterize such eddies. Furthermore, glider observations will be used to trigger and plan a follow-up ship survey with RV Islandia in order to conduct a full biogeochemical mapping of these anomalies.

Oxygen concentration in the upper 500 m of the water column along the glider track.

At the moment (see figures), both gliders remain on their eastward course north of the archipelago. One glider will remain in this area for the Eddy Hunt project while the other will further survey the region off the coast of Mauritania/Senegal within the framework of the AWA project.