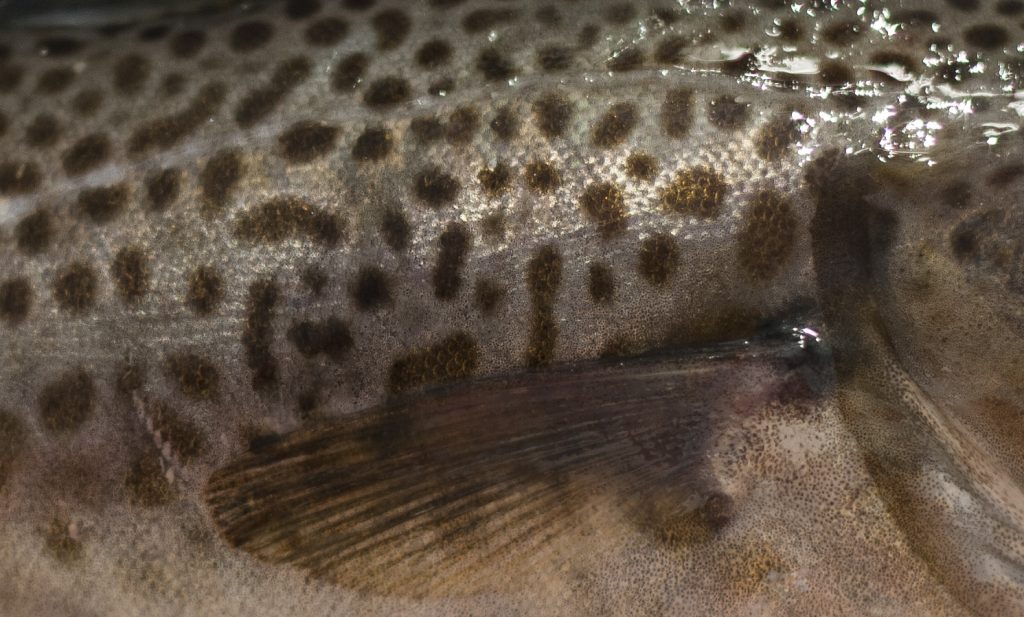 While we are waiting on deck for the fishing net to be pulled out, bets open: 10 cod, 30 cod, 5 boxes of sprat…

The winner gets the privilege to pick a task they would like to do from the workflow (very efficient reward for a motivated scientific crew). Although our net has a probe on it that uses sonar waves to estimate the fish that is getting into the net this information is not always accurate. So every haul is a surprise. But we like all the fish we get in any shape or size and include every one of them into our protocols.

When they are small fishes like herring and sprat which occur in swarms, we get tens of kilograms that fill many fish boxes. As they are so many, we take a portion of the total catch and measure the weight and length of these individuals to get the size distribution of the total catch of Clupeids (the scientific name for the family of sprat and herring.)

For bigger fish like cod we take our measurements in more detail. As they are on top of the food web, any information is valuable for understanding the whole system better. Forthis purpose we take the total length, total weight and after dissecting the animal: we determine the sex and the maturity stage. We also take weights of the liver, gonad and gutted fish. Finally we collect otoliths(ear stones that you can learn more about from our previous post via clicking here) and tissue samples for genetic and isotope analysis.

While we process the individual fish, these steps to collect samples can get repetitive. However, if you pay attention to their skin, you can recognize that every one of them has a unique color and is worth a look. Just like we humans, they all have a different look. But for them it can also mean better chances for survival, as they might be less visible on the sea floor with a special pattern. This could be an advantage for hunting as their prey might not recognize them that easily.

Four different cod fish with different skin coloration. You can recognize a “leopard cod” on the first row and the “polka cod” as third. Photos: S. Örey

Although every haul is unique in its composition, the workflow for data analysis can get quite monotonous. But sometimes you can get an outlier fish that makes it all very interesting. For us this time we had a royal visitor. One of our cod had a peculiar look, which turned out to be called “King cod” (see this paper by Anders Thorsen for more info) among Norwegian fishers (“kongetorsk” in Norwegian. They gave it this name from the bump on its head resembling a crown and belived that it would to lead the migrating fish to theirspawning areas.). They were also believed to bring luck to the fisher who caught it. This skeletal abnormality is called pug-headedness in literature and the reasons behind still need investigation.

After reading more about it, we felt very happy to catch such a rare specimen but had to make a hard decision to either use it for weather prediction or for science. Finally we decided to take samples for genetic analysis and freezing the skull for further analysis, instead of drying it to hang on a woolen string to predict weather as old fishermen did.

As the legend suggested, we got lucky and in the following haul after the king-cod we also caught a king-sprat! 🙂 With our double lucky charms, we are looking forward for our last week of our cruise. So far the first day of fishing and plankton stations went very well with good weather. Let’s see what comes next. Any bets?

On behalf of the AL491 scientific crew,